Why You Need the Ability to Inspect Encrypted Network Traffic

Data encryption has become the primary means of maintaining the privacy of Internet communications. According to data released in April 2020 by Statistica, 63 percent of organizations use the Transport Layer Security (TLS) and Secure Socket Layer (SSL) cryptographic protocols extensively. Another 23 percent use them partially. 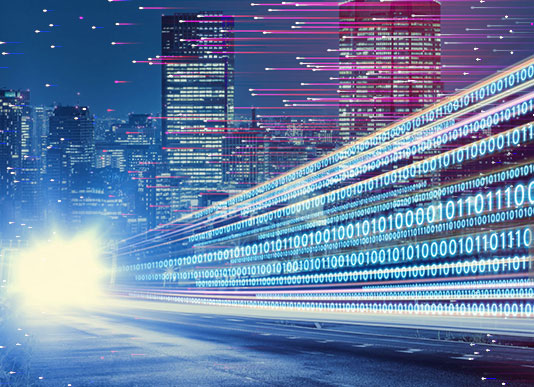 Trouble is, cybercriminals are using encryption, too — two-thirds of all malware delivered in the first quarter of this year arrived encrypted, according to a recent report. However, few organizations have the ability to detect encrypted malware. In a recent Vanson Bourne survey of 3,100 IT managers, just 3.5 percent said their organizations are decrypting and inspecting TSL / SSL traffic.

Almost all (91 percent) of the organizations surveyed had next-generation firewalls (NGFWs) and other advanced security measures in place. However, testing has shown that TSL / SSL decryption reduces NGFW performance by 92 percent, on average, reducing throughput by 60 percent and increasing latency by 672 percent. Although many of today’s NGFWs can inspect TSL / SSL traffic, IT managers often turn off decryption features due to network performance degradation.

Cybercriminals use encryption to prevent NGFWs from spotting their attacks and to hide communication between compromised systems and the malware’s command-and-control servers. Organizations that do not inspect encrypted traffic are unable to see what’s inside malicious packets and files or detect the unauthorized transmission of information to external systems.

In a common attack scenario, cybercriminals embed a hyperlink to an SSL-enabled website in a phishing email. When the user clicks on the link, the command-and-control server tells the compromised endpoint to look for sensitive data on the organization’s network. Data is exfiltrated with no real way to identify the source of the attack.

Best-in-class NGFWs have advanced microprocessors that allow them to decrypt and inspect traffic efficiently and support a high number of simultaneous connections. Some advanced solutions use behavioral analytics to inspect packets without decryption, blocking suspicious traffic and flagging it for deep packet inspection.

When evaluating NGFWs, organizations should look for IT solutions that will scale to support increasing amounts of traffic. The solution should also re-encrypt traffic after inspection to ensure compliance with PCI, HIPAA and other industry and government regulations.

How GDS Can Help

Better yet, you can relieve all these headaches by outsourcing perimeter security to the experts at GDS. Our Advanced Infrastructure Security solution features an next generation firewall that combines application-aware deep packet inspection with intrusion prevention and content filtering to better detect and block malicious traffic. Our NGFW CAN stop zero-day exploits and sophisticated malware, even if the data is encrypted. You gain the processing power needed to thoroughly analyze packets without impacting the performance of mission-critical applications.

Most importantly, our solution is monitored and managed around-the-clock by our experienced managed security team. If a threat is detected, we will immediately take steps to contain the attack and prevent it from causing damage or business disruption.

Encryption plays an essential role in data security and privacy, but it also provides cybercriminals with an efficient mechanism for distributing malware. That’s why you need security tools that are capable of inspecting encrypted network traffic. Give GDS a call to discuss how our Advanced Infrastructure Security solution provides the performance you need to fully protect your network perimeter.