Email attacks remain one of the most significant security threats organizations face today. With hundreds of billions of emails sent and received daily, hackers have a massive attack surface to exploit. Organizations must take steps to secure access to email systems and to prevent the spread of malicious content and attachments.

In a recent global survey conducted by research firm Vanson Bourne, 61 percent of respondents said it’s either likely or inevitable that their organization will be negatively impacted by an email-borne attack. When asked to rank cybersecurity controls in order of importance, 74 percent of respondents said email security is their No. 1 area of focus. 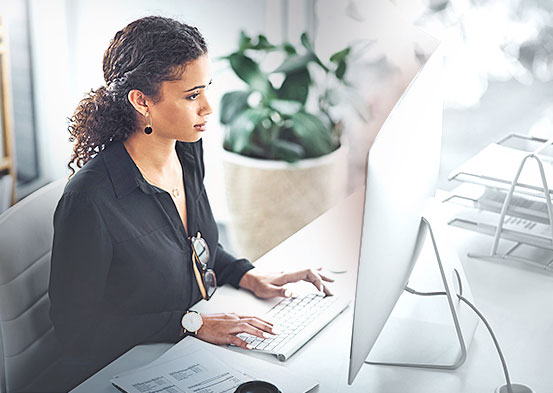 A whopping 94 percent of survey respondents said their organization had experienced one or more phishing email attacks in the preceding year, with 54 percent saying they had seen an increase in phishing. Phishing email attacks can be difficult to control because they prey on human nature. Even the most knowledgeable users can be duped by a cleverly constructed phishing email with a spoofed “from” address. And all it takes is one user clicking on a malicious link or attachment to cause a security breach.

Business Email Compromise is a special form of phishing in which the attacker tricks the victim into transferring funds into the hacker’s account. Often, the email will appear to be from an executive within the organization or from a legitimate vendor or business partner. The Vanson Bourne survey found that 73 percent of BEC attack victims suffered financial losses. Two-thirds of respondents said they had seen an increase in BEC attacks in the preceding year. This is why secure business email is extremely important.

The Vanson Bourne survey classifies an internal threat as malicious activity that spreads from one infected user to others within the organization. Of those surveyed, 71 percent had been hit by an internal threat in the preceding year, with 44 percent seeing in an increase in this kind of activity. Almost half (47 percent) of respondents said that internal cyber security threats spread via infected email attachments, while 40 percent said they spread through infected URLs.

GDS believes the best way to prevent email attacks is to prevent them from ever reaching users’ inboxes. That way, you don’t have to rely upon user vigilance as your first line of defense! After all, human error is a factor in 90 percent of all security breaches, according to a Ponemon Institute study.

Our Advanced Email Security Services are designed to detect and block phishing emails, malicious URLs and attachments, spoofed addresses and more at the email gateway. It also continuously analyzes delivered emails to prevent threats from spreading. Behind the scenes, the GDS team is working around the clock to monitor and manage the solution and respond rapidly to detected threats.

Email attacks are a significant threat — but they don’t have to be. Let GDS help you stop malicious emails so your business doesn’t become a statistic.